3 Reasons to Be Skeptical of Bank of America Stock


Prior to the pandemic, I didn’t forward the most optimistic assessment of the big banks, such as Bank of America (NYSE:BAC). After the novel coronavirus touched down in the U.S. and wreaked havoc from border to border, I still haven’t changed my opinion. Simply put, Bank of America stock is in trouble not necessarily because BofA is toxic. Rather, the underlying consumer base – that is, Americans living in the real world – is slowly dying. 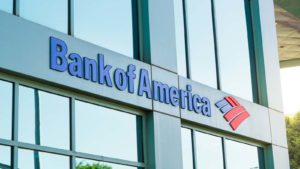 Think of it this way. If I trapped a goldfish in a plastic baggy, everyone would agree – this poor fish is not free. But if I returned the goldfish back to its natural environment – but still trapped inside the baggy – is it free? I would suggest to you that it’s not. And that’s why I’m hesitant on getting involved with BAC stock.

Yes, the banking industry has learned its lessons from the 2008 financial collapse and the ensuing Great Depression. Rather than hyping toxic assets, they’re much more careful about whom they lend to. Of course, this isn’t just related to BofA. Rivals such as JPMorgan Chase (NYSE:JPM), Citigroup (NYSE:C), Wells Fargo (NYSE:WFC) and a host of mid-sized and regional banks have adopted higher lending standards.

But such talk ignores the reality of the U.S. consumer base. In short, the top 10% of this country are increasingly getting rich while the rest of us must fight for the remaining scraps. Why do you think the present social unrest has lasted so long? It’s not just about race. People who have reasonable hope for a better future rarely complain.

Specific to BAC stock and its underlying industry, the following three dynamics worry me the most.

Ask any financial advisor and they will be quick to tell you that a car is the worst “investment” you can make. Because of their steep depreciation – particularly for new vehicles – most people are better off getting the safest but cheapest car they can.

That’s great advice for any market condition. But following a steep recession, this piece of wisdom is absolutely sacrosanct. Unfortunately, the American consumer failed to heed this following the Great Recession.

Between the third quarter of 2010 to the Q1 2020, the dollar value of motor vehicle loans jumped 70%. This greatly exceeds the American worker’s average hourly earnings during the same period, which went up roughly 32%.

Even more problematic, auto loan delinquencies hit an eight-year high at the start of this year. Mind you, this was when President Trump touted multi-year record low unemployment rates during his State of the Union address.

So, if auto loan delinquencies were a problem in the “greatest” economic period, how bad will they be in the new normal? Your answer to that question should guide whether BAC stock is a good investment at this time.

Another problem that I see for Bank of America stock is the real estate loan market. As I mentioned before, I understand that the big banks revamped their approach entirely to this sector. If you’re a subprime borrower, good luck getting a mortgage.

But from January 2014 to April 2020, the value of real estate loans jumped nearly 33%. Yet during that period, average wages only increased 24%. Again, the American consumer failed to heed the warnings of the prior recession, potentially putting themselves in a precious position.

Certainly, the May jobs report was a nice boost of confidence. But when you lose 20 million jobs and get back two million, that’s not necessarily a win. Instead, it’s a warning that much work lies ahead.

For now, no one is hitting the panic button on BAC stock. However, keep in mind that weekly claims for unemployment benefits still number in the millions. This suggests that the economic pain is spreading out to other job categories besides the leisure and hospitality sector.

In other words, this crisis – if left unaddressed through strong government action – will likely impact white-collar workers. That could easily translate to volatility in real estate loans.

Can Businesses Pay Back Their Obligations?

Granted, the federal government has unleashed unprecedented support to businesses so that they can continue operating. However, I’m not sure how sustainable government intervention is. At time of writing, we have just under $3 trillion in commercial and industrial loans from all commercial banks.

I doubt that the political will exists to backstop all these loans.

Besides, bankers are humans (or so I’ve been told). Love them or hate them, the big financial institutions employ a countless number of people. My point is, the banks have to get paid back eventually.

But when you combine this problem with multiple other issues, including the growing sense of despair in this country, I’m going to sit this one out. If anything, you should let BAC stock prove that it’s worthy of your money.

A former senior business analyst for Sony Electronics, Josh Enomoto has helped broker major contracts with Fortune Global 500 companies. Over the past several years, he has delivered unique, critical insights for the investment markets, as well as various other industries including legal, construction management, and healthcare. As of this writing, he did not hold a position in any of the aforementioned securities.