The world’s biggest brewer, AB InBev, has taken out its entire US$9 billion loan facility to stave off the effects of world leaders urging their electorates to stay away from bars and restaurants. 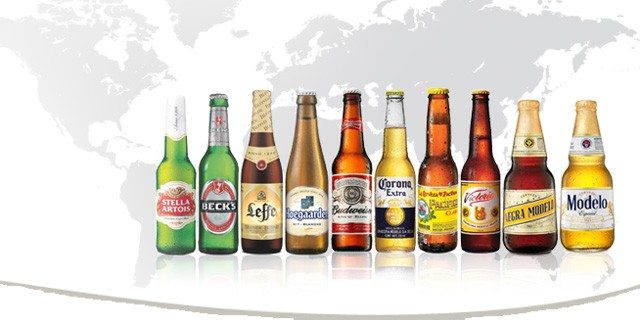 AB InBev’s shares fell close to 7% when markets opened this morning (17 March), adding to one of the worst first financial quarters the Dutch brewer has ever faced. The shares have lost more than half their value since the start of the year, down from €74.49 on 2 January to just €32.18 today.

The loan will help the brewer to stay afloat while the virus hits consumption worldwide. UK Prime Minister Boris Johnson said on Monday (16 March) the government was giving “very strong advice” that public venues such as theatres, pubs, bars and restaurants should “not be visited.”

Among the 20 international banks that had agreed to underwrite the facility are Bank of America, Deutsche Bank, JPMorgan Chase, Mizuho, Société Générale,  Bank of Tokyo-Mitsubishi UFJ, and BNP Paribas Fortis.

Ab InBev said the brewer draws down on this revolving credit facility “from time to time”.

It said the $9 billion sum is an addition to the over $7 billion “of cash and cash equivalents on our balance sheet as of December 31, 2019.”

“At any given time, we work to have enough cash on hand to meet our liquidity needs for more than one year, especially in times of increased volatility. We have approximately $3 billion of bond debt maturing in 2020.”

The announcement follows more drastic action taken by political leaders in Europe. Italian Prime Minister Giuseppe Conte imposed a national quarantine on 9 March, restricting the movement of the population in response to the growing outbreak of COVID-19 in the country. More than 100 million Europeans are now living under lockdown as Spain joined Italy in imposing a national quarantine last weekend. The Irish government has also advised that all of the country’s bars and pubs should shut this week due to the coronavirus pandemic.

The brewer had already warned that coronavirus-induced disruption will lead to its worst first quarter results in almost a decade.

The outbreak, according to the beer giant, has resulted in lost revenue of approximately US$285 million, and lost earnings before interest, tax, depreciation and amortisation of approximately US$170 million (£132 million) in China. The brewer said first quarter earnings will fall by around 10%, blaming this on “a significant decline in demand in China” as a result of the virus’ outbreak at the start of the year, which has left high streets deserted and bars empty.

Following the outbreak in China, local governments in China and Hong Kong called for people to work from home from late January after the Lunar New Year holiday.

Many companies followed the arrangement in order to minimise the risk of community outbreak and people’s concerns over staying in public places. Meanwhile, tourist number plummeted, leaving on-trade premises deserted.

A statement from AB InBev last month said that demand during the Chinese New Year “was lower than in previous years as it coincided with the beginning of this outbreak.”

It is a major setback for the brewer, which was already struggling to repay the debt from its acquisition of SAB Miller in 2016. AB InBev closed its $79 billion deal to BUY SABMiller in October 2016, having sold off a number brands on both sides in Asia and Europe to appease competition regulators. However, the brewer was forced to halve its dividend two years later and use some of the $4 billion generated to pay off $108 billion in debt.