So you want to crowdfund your project but don’t know what investors actually care about?

I believe that you can learn a lot from people who have successfully done what you are trying to do. And if you can find someone who has done it recently, even better!

If your goal is to generate over six figures for your startup, wait until you hear from today’s guest! 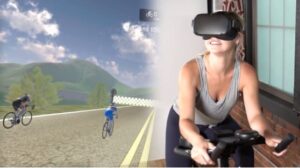 Eric breaks down how he raised a staggering $1,324,916 for his startup, VirZOOM, with Wefunder, a game where fantasy and reality collide to keep you in shape!

In this episode, Eric reveals:

With Eric’s contributions to many successful projects, including Rock Band and Guitar Hero, this is definitely an episode you can’t afford to miss!