EP #398 The Framework Used To Raise $1.1 Million On Kickstarter | Dead By Daylight: The Board Game

Have you ever had an idea for a product, launched a Kickstarter campaign to fund it, and raised millions of dollars?

I’m going to have a guess and say no (or at least not yet).

But what’s stopping you from achieving your Kickstarter goal?

What about surpassing it by a massive 326%?

That’s exactly what happened with today’s guest, as they raised an astonishing $1,067,395 for their Kickstarter project! 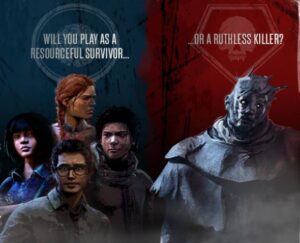 In this episode of Crowdfunding Demystified, you’ll hear Salvador Briggman talk to the creator of Dead by Daylight, David, who explains how this survival horror board game attracted 11,546 backers!

In this episode, David shares:

As someone with over ten years of experience crowdfunding, the wealth of knowledge David possesses is astounding, and he’s taken the time to share it with us!

Soak it up and use it to smash your goals!

The post EP #398 The Framework Used To Raise $1.1 Million On Kickstarter | Dead By Daylight: The Board Game appeared first on CrowdCrux: Crowdfunding Demystified.