Is KeyCorp Stock a Buy?


These have not been the best of times for the banking industry. The average bank stock is down about 39% year to date, and the vast majority have suffered steep earnings losses in the first quarter. Cleveland-based KeyCorp (NYSE:KEY), which owns KeyBank, is no exception.

In the first quarter, the company’s net income plummeted 69% year over year to $118 million. Earnings per share (EPS) fell 68% to $0.12. Those declines largely stemmed from KeyCorp’s move to boost its credit loss provision by $359 million in anticipation of a surge in loan defaults due to the COVID-19 pandemic — 479% more than it set aside to cover such losses in Q1 2019. This was not unusual in the industry, as most banks’ bottom lines have taken a hit as they prepare for significantly higher credit losses.

In short, KeyCorp’s latest headline numbers donʻt look good. But if you look beyond them, you will find that the bank is a solid value right now. Hereʻs why. 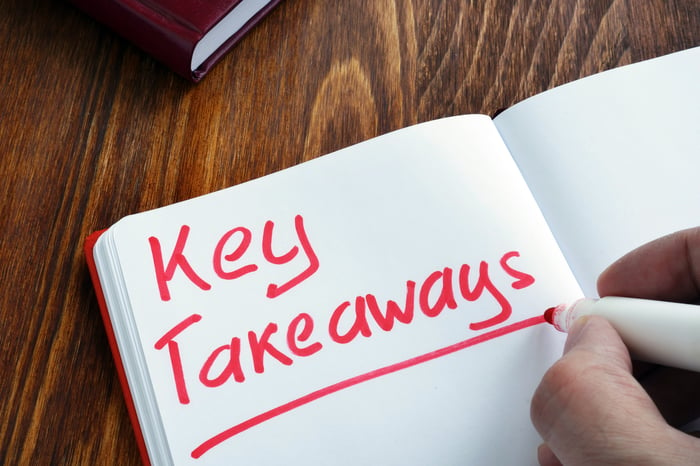 Also, the company has great liquidity, with $50 billion in liquid assets and unused borrowing capacity. It has a liquidity coverage ratio (LCR) of around 120%, which is well north of the target of 100% and the minimum of 70%. The LCR gauges a bank’s ability to meet its obligations using only highly liquid assets.

Also, expenses were down year over year and the company has a low debt-to-equity ratio of 0.89. Further, its Common Equity Tier 1 ratio, which measures its core capital divided by risk-weighted assets, is a sturdy 8.75 with current expected credit losses fully phased in. That is well above the minimum requirement, which means the company is financially sound enough to weather a downturn.

“We did spend a lot of focus and time on the strength of our balance sheet and our risk profile, as well as our liquidity and being good stewards of our capital,” said outgoing CEO Beth Mooney on the Q1 earnings call last month.

That work was done to ensure the bank could keep operating and extend capital to its customers even through a period of economic stress. “As you can tell, in the face of this, we, indeed, are extending that support both through the PPP [Paycheck Protection Program], as well as line draws,” she said.

Mooney stepped down as chief executive on May 1. When she took the reins in 2011, she became the first female CEO of a top 20 U.S. bank. Over the past nine years, KeyCorp has posted average annual returns of 9.6%. Her successor, announced last September, is Chris Gorman, who had been president and CFO.

Another reason why KeyCorp is a good buy right now is its earnings potential. Revenue was down 3.6% in the quarter to $1.4 billion overall, but in the consumer bank segment, it was up 1.9% to $820 million. Revenue fell 10.4% to $629 million in the commercial bank business.

Average loans increased 7.3% to $96.2 billion for the first quarter, led by a 15% spike in average consumer loans due to increases in residential mortgage loans, indirect auto lending, and Laurel Road — KeyCorp’s online lender, which originated $600 million in student consolidation loans in Q1. Average deposits totaled $110.3 billion in the quarter, a 2.7% jump spurred by consumer and commercial relationships.

New CEO Gorman is taking over a company built on a solid foundation to weather this downturn. The next few quarters will be a slog, but after a severe share price plunge, KeyCorp is a great value, and it should start slowly heading back up into 2021.