Late Monday prior to closing, key exchange-traded funds tracking leveraged loans all fell between 2.91% and 4.43%, following a Friday leveraged loan index decline that was the steepest in nearly a decade. 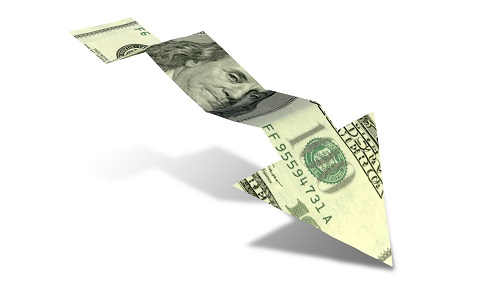 But the Friday closing price was still above the $91.52 average price during the 2016 industry sell-off.

The highest-rated junk loans (so-called “BB” loans) are pricing at $96.96, while single-B loans are averaging $95.28. Both rates are down $2.61 since Feb. 21, which has seen loan prices overall average a decline of $2.70, according to JPMorgan. The percentage of loans trading above par totaling only 0.71% of the market.

Entering Monday, the IHM Markit Leveraged Loan Index had a month-to-date decline of 1.22%, or nearly half of its 2.99% decline since the start of the year.

Investors sold off $49 million from leveraged-loan exchange trade funds on Friday, plus another $185 million from actively managed funds. The $2.3 billion weekly outflow was the largest since December 2018. YTD outflows are $3.9 billion for loan funds.