Sensex up 434 points, Nifty above 9,100-mark; wholesale price inflation cools to 1% in March on on fall in food prices

New York: Asian shares looked set to pull back from a one-month high on Tuesday, as warnings of a deep recession dampened investor optimism that the slowing spread of the coronavirus could allow businesses to re-open.

E-Mini futures for the S&P 500 fell right from the closing bell and were down 0.26 percent, while Nikkei futures pointed to an opening loss of around five points, defying broad gains in US stocks overnight.

The retreat from riskier assets followed the International Monetary Fund’s prediction on Tuesday that the global economy may shrink by 3 percent in 2020 due to the virus outbreak, in the worst downturn since the Great Depression of the 1930s.

Even estimates for a partial recovery next year are marred by “extreme uncertainty” and the outcome could be far worse, depending on the course of the pandemic, the fund warned.

Some analysts agreed and counselled caution.

“The current market optimism may be premature because the global economy is in a deep recession,” said Kim Mundy, an analyst at Commonwealth Bank of Australia. “We expect the global economy will contract by 2.8 percent in 2020, vastly more than during the great financial crisis.”

Asian stocks had climbed to their highest in a month on Monday, buoyed by Chinese trade data that showed exports did not slow as much as feared in March, even though analysts warned the outlook for the world’s second-largest economy remained grim.

In energy markets, concerns about a global recession led crude oil prices to plunge by over 10 percent towards $20 a barrel overnight, as investors doubted a record global output cut could offset a sharp drop in demand as the economy stalls. 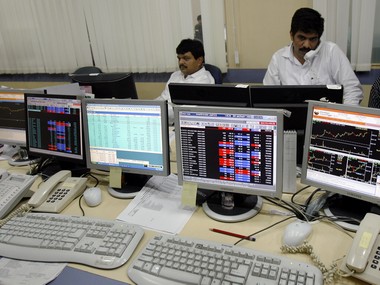 Still, some investors took heart from news the coronavirus outbreak may be near a peak as European countries such as Austria and Spain started to loosen lockdown restrictions.

In the United States, which has suffered the most fatalities from the virus, the governors of seven states, including New York, said they were preparing plans to gradually restart the economy.

Sparks of investor optimism, alongside the US Federal Reserve’s massive new lending programme to support the economy, pinned the US. dollar—another traditional safe-haven asset—at a two-week low.

Against a basket of six currencies, the US. dollar index eased 0.5 percent to 98.86. That helped the euro cling to earlier gains at $1.0984, while the greenback stayed soft against the Japanese yen at 107.17.

US 10-year yields were little changed at 0.750 percent as investors braced for Wednesday’s release of March US retail sales data, which will give a key gauge on how the virus pandemic has hurt the US economy.

In a sign of the pandemic’s toll on the economy, two major U.S. banks — JPMorgan Chase & Co (JPM.N) and Wells Fargo & Co (WFC.N) — reported plunges in first-quarter profit on Tuesday as both set aside billions of dollars to cover potential loan losses.

James Bullard, the president of St Louis Federal Reserve, estimated on Tuesday that the economic shutdown due to the coronavirus pandemic is costing the United States perhaps $25 billion a day in lost output and cannot be sustained indefinitely. But to re-open, he said the country needs risk management strategies and widespread testing.