Should You Buy Walt Disney Stock?

It’s a drop that’s easy to understand given that the company has had to close all of its theme parks and hotels around the world. Disney also had the misfortune of releasing the Pixar film “Onward” just before the efforts to fight the spread of COVID-19 forced movie theaters to close. That turned a near surefire winner into a box office dud. It also forced the company to reschedule its upcoming film slate and suspend production on movies not yet completed. 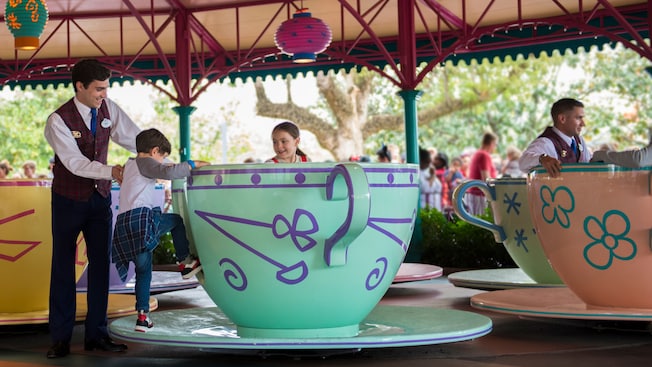 How bad is Disney doing?

On the surface, the news is bleak. Disney has four operating segments, and the two that are effectively closed down accounted for roughly half of the company’s 2019 revenue. The company had $69.5 billion in revenue for the past year. Here’s how that breaks down.

The direct-to-consumer and international segment includes the company’s digital brands like Hulu, Disney+, and ESPN+. That group may be gaining customers during the pandemic, but it also requires heavy investment — and that segment lost $1.8 billion in 2019 while the other three were profitable.

It’s not always clear what revenue and expenses Disney assigns to each division. What is clear, however, is that its theme parks and hotels are closed, while still incurring expenses. Disney still has to maintain its properties, and it has been paying its workers (even those who don’t have to come to work) for now.

Disney’s movie division, of course, will see nearly all revenue dry up until theaters reopen. The company will likely also see losses in its media networks division, as the advertising market has slowed down and all major sports have stopped.

Should I buy Disney shares?

This all seems pretty bleak, and it is in the short term. In the longer term, I find it hard to believe that Disney won’t eventually recover. People may delay their theme park vacations as money gets tight and fears of a pandemic linger, but eventually, consumers will want to visit the world’s top-tier theme parks again, which include the various Disney properties.

The box office recovery will happen quickly. Disney may see some theaters close, and it may have to be clever when it comes to distribution (perhaps continuing to offer some films on-demand at high prices), but it will have a stellar lineup, including much-anticipated films like a live-action Mulan, Black Widow, The Eternals, and a number of others. Mulan’s release is now scheduled for July 24. Disney’s Jungle Cruise will release a week later, and Marvel Studios’ Black Widow is now scheduled for Nov. 6. The Eternals will release in February 2021.

Movies, at least major comic book films and other blockbusters, are an affordable luxury for most people. Disney will have a stellar slate to release, and it should have time to get production back on track to restock its release schedule.

It’s also worth noting that the pandemic has likely been a major driver for Disney+ subscriptions due to its massive programming archive. That’s probably true to a lesser extent for Hulu, and an even lesser extent for ESPN+ (because much of its special-event combat sports programming simply isn’t happening, making its offerings a little sparse).

Disney has the brand strength and intellectual property to make it through the current situation. It may be a long road back — how long depends upon the overall economy and whether people can afford theme park trips or even movie tickets — but eventually, the Mouse House will thrive again.

10 stocks we like better than Walt Disney
When investing geniuses David and Tom Gardner have a stock tip, it can pay to listen. After all, the newsletter they have run for over a decade, Motley Fool Stock Advisor, has tripled the market.*

David and Tom just revealed what they believe are the ten best stocks for investors to buy right now… and Walt Disney wasn’t one of them! That’s right — they think these 10 stocks are even better buys.