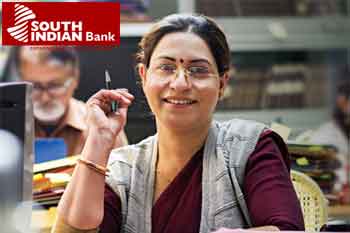 The Kerala-based South Indian Bank on Thursday revised its reference rate for External Benchmark linked loans by 40 basis points. This reference rate is linked with the RBI’s policy repo rate. The bank’s stock ended at the upper price band of Rs8.10 per piece higher by 5% on Sensex.

From July 01, the lender’s external benchmark lending rate stands at 4% from previous 4.40%.

Many banks including private and state-owned have linked their lending rates with repo rate, hence, you can expect a downward trend in EMIs ahead.

In general terms, the policy repo rate is referred to as the interest rate at which banks borrow funds from RBI, by pledging securities like treasury bonds, etc. Just like the way borrowers take a loan from banks and pay the interest along with the principal amount which is called as EMIs, the same way the lenders borrow from RBI.

That said, if there is a decline in policy repo rate it gives more room for banks to ease their term loan interest rates. Home loans, auto loans and personal loans are some of the beneficiaries with policy repo rate cut.

Last month, the bank had revised its  Marginal Cost of Funds Based Lending Rates (MCLR) for multiple tenors. MCLR for 1-year tenor stands at 8.45%, followed by 8.20% for half yearly (6 months) term. As for quarterly (3 months) tenor, the MCLR is set at 8.05%. For shorter tenor like one-month and overnight, the bank has set MCLR of 8% and 7.95%, respectively.